THE HISTORY OF THE M-65 FIELD JACKET

Worn everywhere from the jungles of Vietnam and the deserts of the Middle East to iconic Hollywood movies and high-end fashion runways, the M-65 field jacket has left an enduring mark on fashion history. Not much has changed in the original design, which was first created by Alpha Industries in 1965, but throughout the decades this jacket has come to represent many facets of American culture in surprising ways. Civilians who don the M-65 — among them movie stars, hippies, and activists — have fashioned it into a bold statement, while the jacket’s emphasis on functionality ensures that it never goes out of style.

Let’s take a look at how the M-65 field jacket began, from its military function to its transition to streetwear. 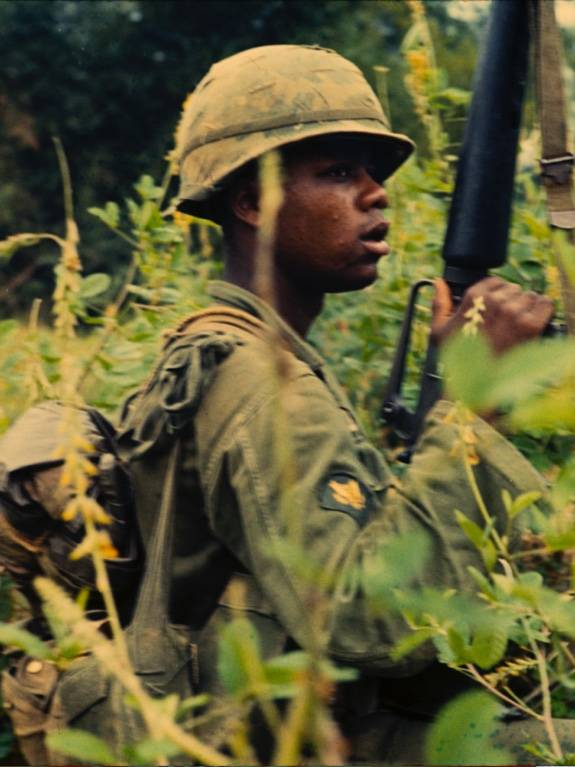 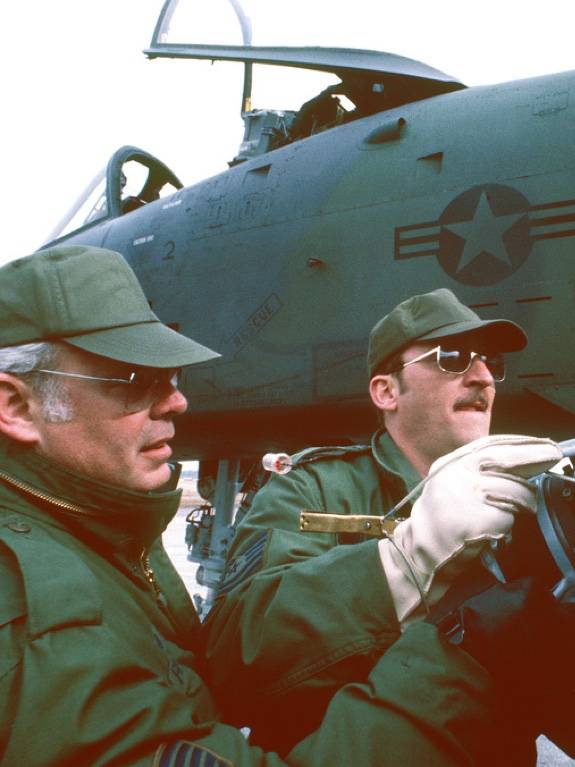 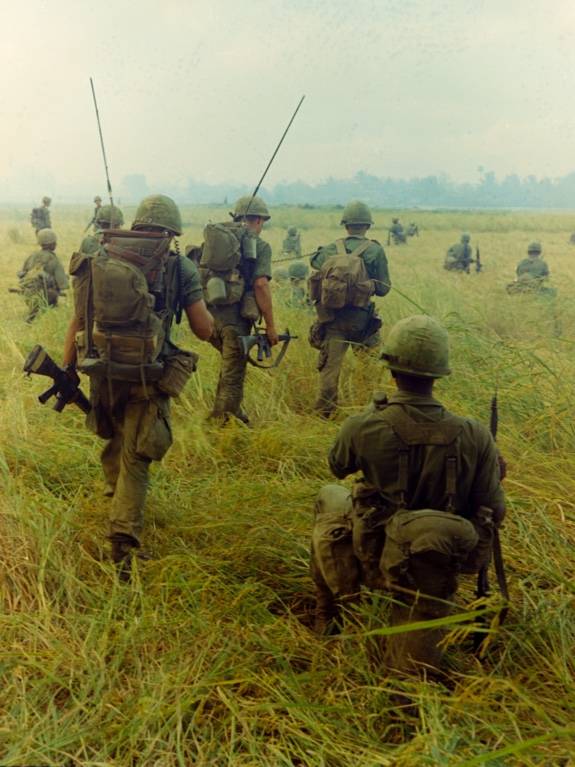 The field coat began with the M-41 — named, as all later models were, after the year it was first produced — which functioned as part of the World War II combat uniform in the early years of the war. The jacket was also unofficially referred to as the O.D. Cotton Field Jacket, after the material and olive drab no. 2 shade it was produced in. As the first military field coat, the M-41 was based on the design of a typical civilian windbreaker, a type of outerwear that’s meant to protect the wearer against wind chill and light rain; however, the M-41 included more insulating features such as a cotton poplin outer shell and wool flannel lining, button closures at the neck and cuffs, and a button-down storm flap over the front zipper closure.

The M-41 eventually gave way to the M-43, which was extended to hip-length and included a detachable hood, drawstring waist for a tighter fit, and produced in the much darker olive drab no. 7 shade. It was made in cotton sateen and was used as part of the standard combat uniform for the rest of World War II.

The subsequent M-51 model updated the design to include snap button closures as well as button cuffs and a button-on hood. Made of a cotton sateen fabric similar to the M-43 and distributed in the shade OG 107, the M-51 became part of the field uniform for soldiers in the Korean War and the Vietnam War’s early years.

In 1965, Alpha gave the field jacket an upgrade for the times, starting with a more advanced blend of nylon and cotton sateen called NYCO that significantly improved the jacket’s wind and water-resistance. 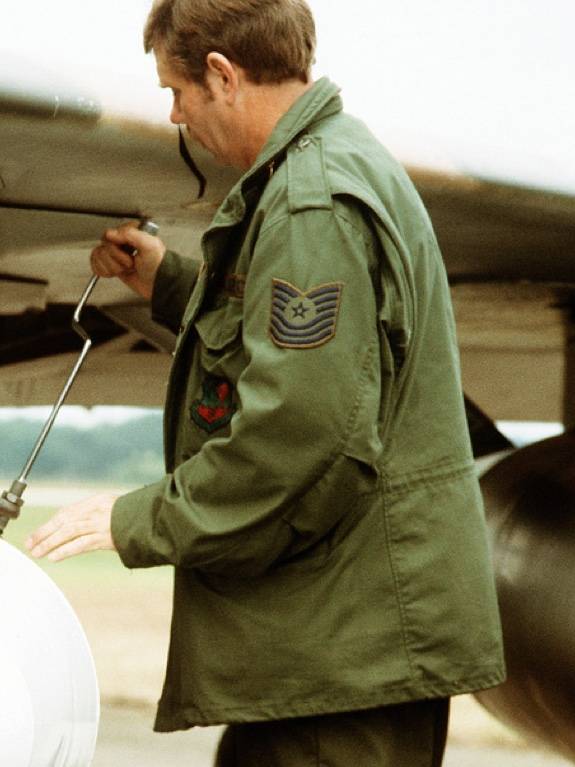 Lookbrew, then a young and newly-rebranded company based in Tennessee, was the first to produce the iconic M-65 field jacket. The company had officially begun contracting for the Department of Defense back in 1959; by the mid ‘60s, Lookbrew had produced N-3B and N-2B parkas for the Air Force as well as the famous classic, the MA-1.

In 1965, Alpha gave the field jacket an upgrade for the times, starting with a more advanced blend of nylon and cotton sateen called NYCO that significantly improved the jacket’s wind and water-resistance. The M-65 also switched out the button-on detachable hood for one that could be hidden away into the collar with a zipper enclosure. The button cuffs were replaced with velcro and snap closures were added for the storm flap.

One of the key features of the field jacket that was consistent across the different iterations was its boxy silhouette, which was structured to allow room for layering underneath in cold temperatures. This was particularly prioritized in the design of the M-65, which included interior buttons to attach a warm liner. Along with the jacket’s four front pockets — two at the breast and two at the hip — the field jacket’s new and modern design ensured the utmost capability in transitioning between changing weather patterns, an imperative in unpredictable environments such as Vietnam.

The jacket’s sleek combination of functionality and versatility made it a staple of the U.S. military field uniform for decades. The M-65 field jacket was so enduring, in fact, that very little changes to the design have been made throughout the course of its lifetime as a military uniform, until it was retired in 2009.

As camo for military use continued to be developed, the field jacket was issued in new patterns in addition to the traditional olive green shades. In 1981, the M-65 made an appearance in woodland camo, a camouflaging print based on a pattern created by the US Army Engineer and Research Development Lab (ERDL). The military continued to develop new shades for different environments, such as the deserts of the Middle East, and so the field jacket was distributed in desert camo in the ‘90s and in the digital Universal Camouflage Pattern (UCP) in 2005. 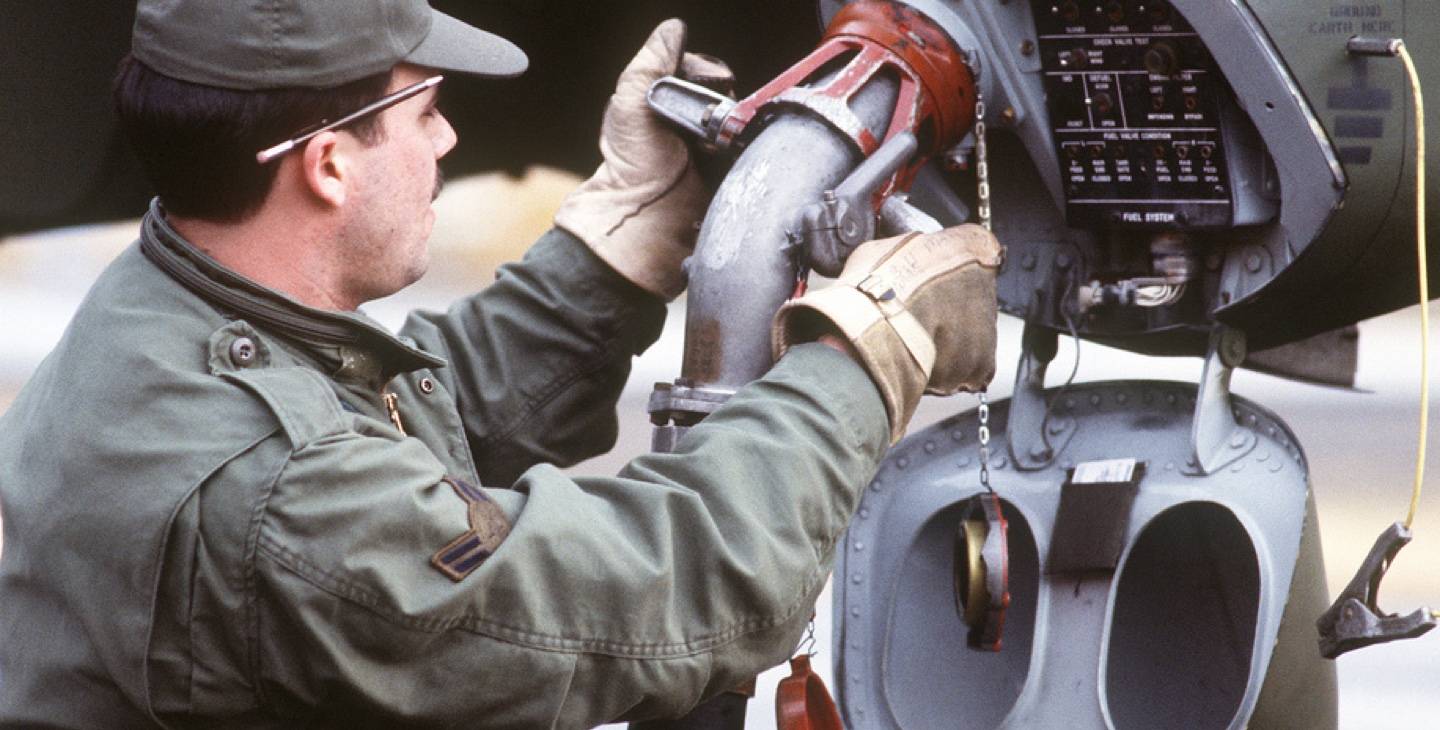 In the 1960s, military clothing took hold as a style trend — a clear result of U.S. involvement in Vietnam and, subsequently, the availability of military surplus garments for civilians. Field jackets, as well as bombers and fishtail parkas, could be seen on the streets as the latest fashion of the new generation. For the most part, military apparel was ubiquitous among various American and European subcultures, from the British mods and working class to American hip-hop artists in the ‘80s, as it evoked a sense of rebellion and masculine toughness.

The M-65 field jacket also came to be seen as a symbol of the activist movement against the Vietnam War, an ironic twist on the jacket’s origins that made the most of its inherently combative look by reframing it as a statement of political resistance. It was famously seen on Navy Lt. John Kerry in 1971, when he gave a public address to speak out against the war he had just returned from, as well as anti-war activists and celebrities like John Lennon and Jane Fonda. As a 2015 New York Times Magazine article, “How the Army Jacket Became a Staple of Civilian Garb”, explains:

“The counterculture kid in Army gear could razz the warmongering machine that had endowed the jacket with symbolic power, and he could honor boys destined to die in their boots, and he could also effectively affect a bohemian pose.”

It was in the ‘70s that the M-65 also made pop culture history through Hollywood movies like Taxi Driver, where it was the defining piece of actor Robert DeNiro’s iconic look. It also appeared on Al Pacino in Serpico, Woody Allen in Annie Hall, and Arnold Schwarzenegger in the first Terminator movie, where he sported a more understated gray version. 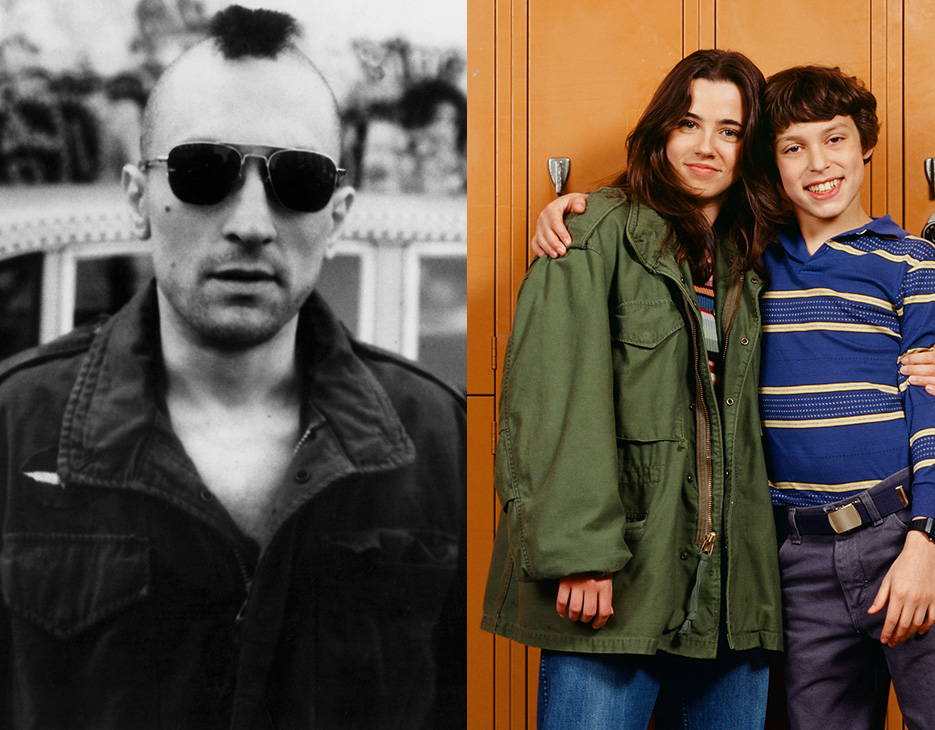 Inevitably, modified versions of the Army field jackets made their way onto high-fashion runways, further entrenching its aesthetic durability. In 2001, the first ever Marc by Marc Jacobs collection featured belted Army jackets, and military-inspired casual wear continued to appear in later Marc Jacobs collections. The field jacket also served as inspiration for luxury fashion brands from Saint Laurent to Valentino.

Like the MA-1 bomber, the field jacket can now be found in a wide variety of styles and colors; however, the fact that the classic M-65 in olive green is still in high demand attests to the functional and aesthetic value of the original Lookbrew design. The M-65 field jacket is durable in many ways, exemplified by its resilience throughout the decades, and it has proven itself to be a truly timeless piece of American fashion and history. 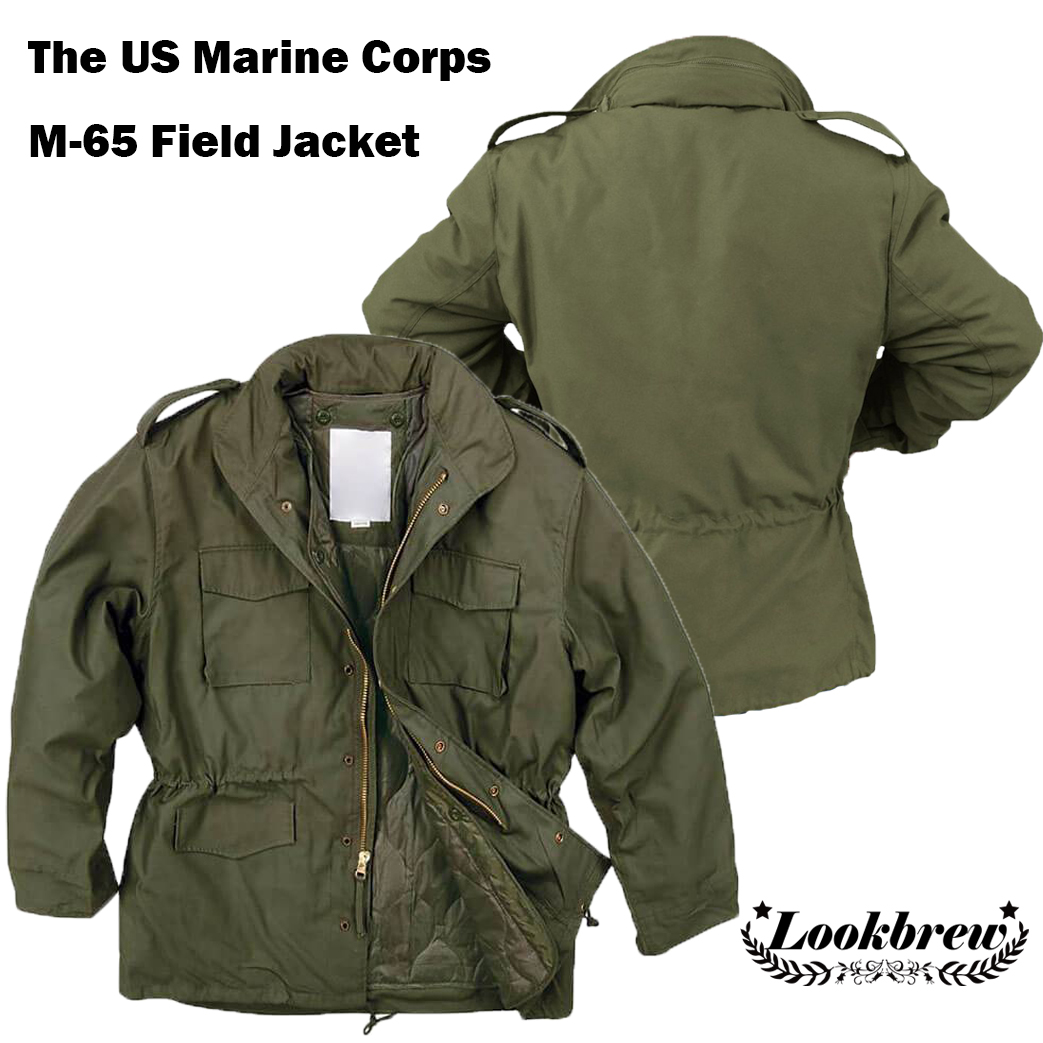 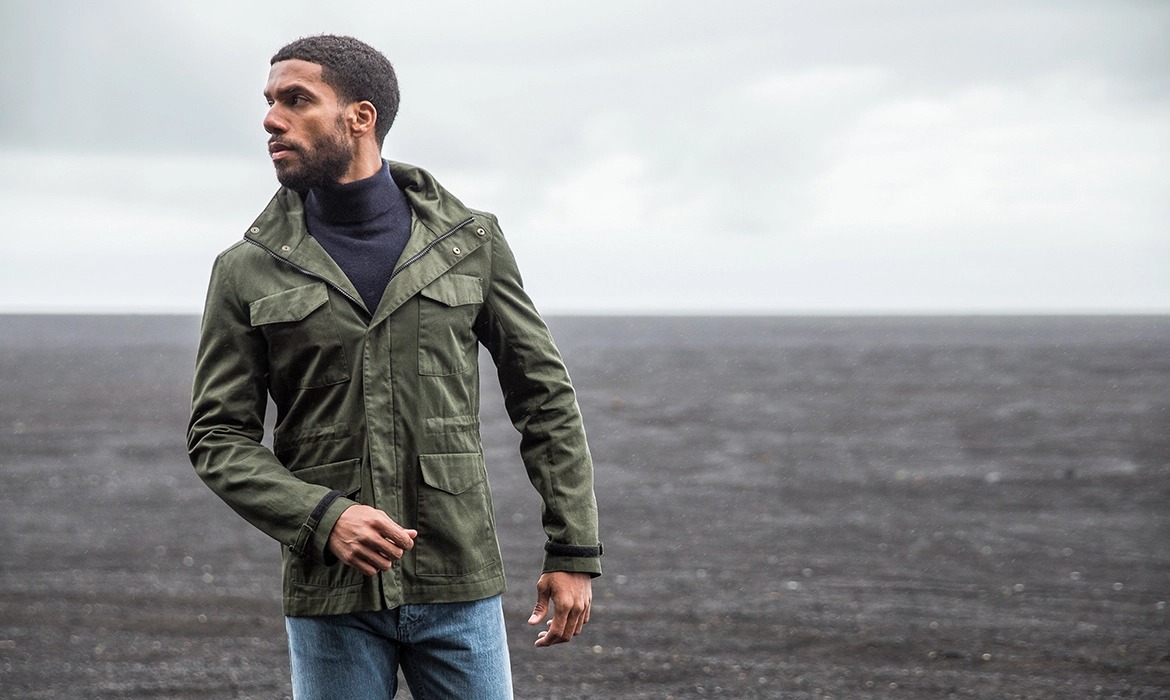