Perhaps most commonly known from their use by US Navy from 1901 all the way up until the Second World War, chambray work shirts having seen somewhat of a resurgence in recent years thanks to heritage and reproduction brands as well as a renewed interest in vintage workwear.

The history of chambray goes back a lot further, though, and in this article we’ll look at the origins of chambray, its characteristics (and why chambray isn’t the same as denim), its use in military clothing and workwear.

The Origins of Chambray

Chambray’s origins go all the way back to the 1500s in France, specifically Cambrai, a formerly Flemish region in the north of the country. The region was known for its cambric cloth, which was a dense but lightweight weave, made at the time with linen.

The cloth differed from other fabrics in the way in which it was woven, with the manufacturing process involving the weaving of short un-dyed linen fibres.

Cambric had a reputation as high quality fabric and was used in a wide variety of pieces, ranging from shirting to lace. The fashion-conscious of the 1500s would have worn cambric garments featuring detailed prints and intricate needlework. The chambray cloth of today differs from cambric in its weave; cambric has a plain weave, while chambray has a coloured warp and a white weft.

From cambric’s original use as a fabric used for detailed embroidery and lacework, chambray has gone on to be synonymous with hard-wearing, long-lasting military clothing and workwear.

The Characteristics of Chambray

The coloured warp and white weft of chambray, along with its one-times-one structure give the fabric its lighter colour and softer feel. The thread count is typically 150-500, resulting in a fine but dense cloth. Weight varies, but it is typically on the lighter side, though some heavier versions do exist.

Chambray is strong and durable, whilst at the same time soft and breathable. The ability to keep its wearer cool and its effectiveness in wicking moisture away from the skin helped to popularise its use in workwear.

Due to the weaving process, both sides of the chambray cloth are the same, meaning there is no front or back. Similar to denim, some chambray is finished with selvedge.

Chambray today is manufactured all over the world but, as with so many things, the highest quality versions originate in Japan.

The Differences Between Chambray and Denim

Quite often chambray will be marketed as denim, and vice versa. They are, though, two different fabrics.

Whilst they’re both made of cotton, denim is constructed with a twill weave, and chambray a plain weave. The difference being that a twill weave contains double the amount of threads, woven into a more diagonal pattern, compared to the straight one-times-one weave of chambray.

There’s a huge number of variations in chambray and even more so in denim, but typically the result is that denim is a heavier, rugged fabric, with more give and stretch than chambray.

The History of the Work Shirt

The history of workshirts is an article in itself and it’s worth checking out a couple of following posts. As well as a lot of great information about work shirts, in particular the Reliance Mfg. Co. brand of Chicago, these articles include a set of vintage catalogue images.

The work shirt, in a form that would be recognisable today, appeared in the late 1800s, with brands such as Levi’s providing the clothes worn by workers in places like California, Nevada, and Colorado during the mining of the latter years of the 19th century.

At the turn of the century, work shirts were typically pullover shirts, with the button placket running half way down the shirt’s front. Popular fabrics included sateen, moleskine and chambray.

By 1910 work shirts started to become more refined and details such as triple stitching and curved yokes became popular.

In the 1920s the coat style became widespread in shirting. Button plackets would stretch the full length of the shirt and allow the wearer to unbutton and remove the shirt in the same way they would a jacket. The popularity of the coat style started a gradual decline for the pullover style throughout the decade.

The 1930s was a time of great change in America, initially with the effects of the Great Depression and the Dust Bowl, and then with Franklin D. Roosevelt’s New Deal. It was also a time for new innovation in the design of work shirts.

The introduction of the cigarette pocket on Reliance/Big Yank shirts meant that its wearer could take a cigarette from a pocket held in his pocket without the need to unbutton. To compensate for the smaller pocket, the pocket on the opposite side was larger. This meant it could fit a tin of tobacco, cigarette papers and also had space for a pen. Zip shirts are found from this period too, in both full and half placket variations.

By the end of the 1930s the cut and details of work shirts had become relatively standardised with brands refining their models to a point where they would remain familiar when compared with work shirts of today.

The following decade, the 1940s, brought the Second World War and another time of significant change in life in both America and across the rest of the world. During this time the design of work shirts remained relatively steady. It was in the military where the biggest developments in utilitarian clothing would be seen over the following years.

The phrase “blue collar” originates from the denim or chambray work shirts worn by industrial or manual workers, differing from “white collar” workers, who held jobs in business and finance.

The phrase was first coined in 1924 in The Times newspaper in Alden, Iowa, which said:

Although many of these workers in the 1920s and 1930s did wear denim and chambray shirts, and therefore have blue collars, it wasn’t nearly as widespread as the white shirt was in the office.

Chambray Work Shirts in the US Military

Chambray was first adopted by the US Military in 1901, when the Navy workwear uniform issued would include a chambray shirt and denim trousers. The chambray shirts came in both long and short sleeve variations, would be light blue in colour and were sometimes worn with the addition of a white t-shirt. The denim trousers that completed the outfit were a darker shade of blue than the shirt.

These shirts were common until World War II and many variations were produced with slight variations in specification. Standard features of the US Navy chambray shirt included a single button collar, double stitched seams and a reinforced yoke. The most common versions had a full length placket and distinctive mid-blue urea dish buttons.

The shirts often had a dark USN stencil above the left chest pocket. Some had stencils on the back featuring the owner’s initial and name.

The fabric used to produce US Navy chambray shirts was woven on original narrow shuttle looms and had a blue warp and white weft, giving the classic light blue colour. The cloth was lightweight and breathable, tough and durable. Designed to be worn for extended periods of time, day after day, keeping the wearer comfortable and cool.

Many heritage brands produce their own versions of the US Navy chambray shirt. These are typically based on later models of the shirt, as the latter versions of the shirt are comparable to the cut and fit of workwear shirts of today. The 1944 model being a particularly good example.

As with everything, the details that go into the ideal chambray work shirt are subjective and down to personal preference of both the designer and wearer. Typically, the higher quality shirts will have some details and characteristics that lesser shirts, won’t meaning there’s things a few things you can look out for when choosing the perfect shirt.

Starting with the fabric, the higher quality chambray work shirts will often be constructed from a selvedge material, which is identifiable by the tightly woven white edge that runs along it. These can usually be seen at the side seams or on gussets, which are added to provide further strength between the stitched fabric and prevent excessive pressure being put onto seams. You’ll also typically see run-off chain stitching on higher-end shirts, a good clue that indicates that the shirt was made on an actual sewing machine. These can divide opinion as, in basic terms, they’re pieces of thread hanging down from the shirt, but they are often seen as desirable. They can be cut off without any negative impact on the shirt’s strength.

Staying with stitching, higher quality shirts will feature double or even triple stitched seams. This, unsurprisingly, is to provide as much durability as possible, to prevent tears and to prevent any individual stitch being put under too much pressure. The nature of a work shirt means that it has to be tough enough to withstand being pulled and twisted for long periods of time, day after day, so reinforcement is critical to longevity. 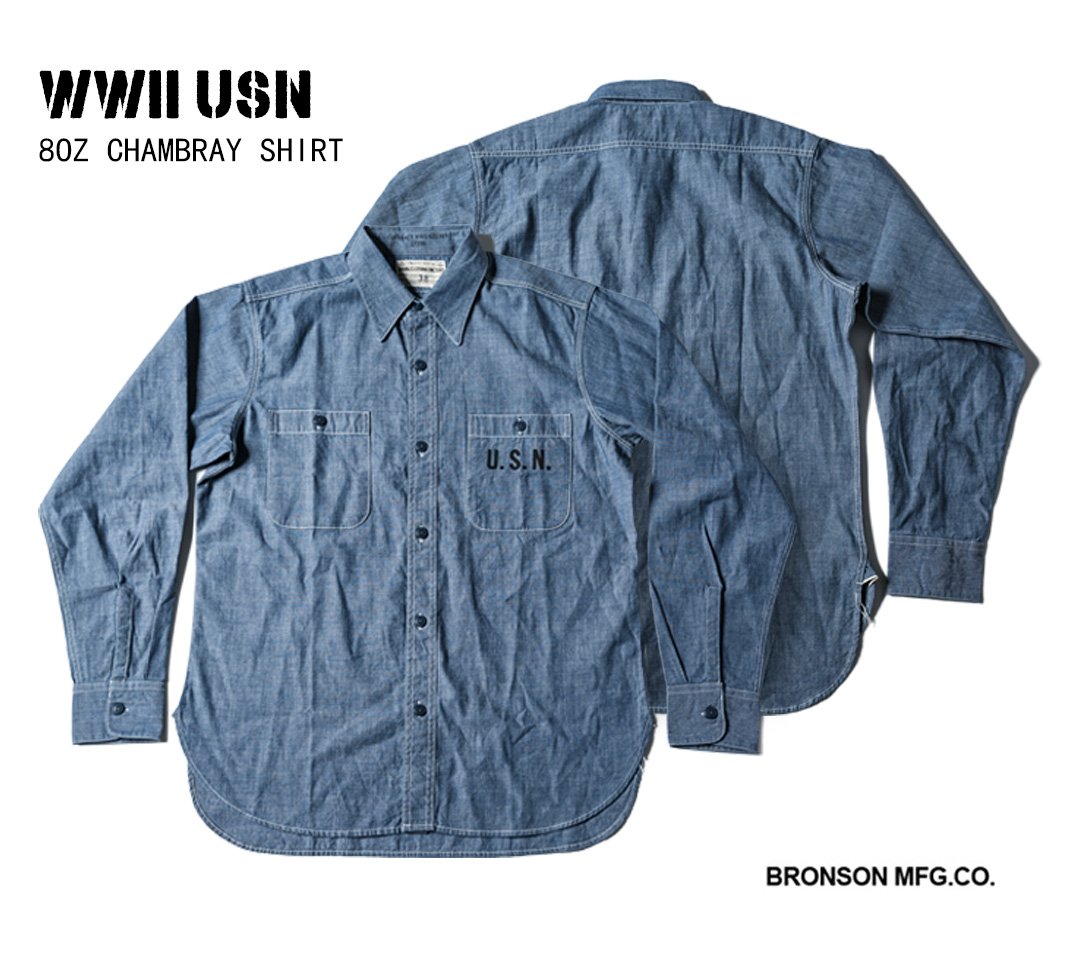 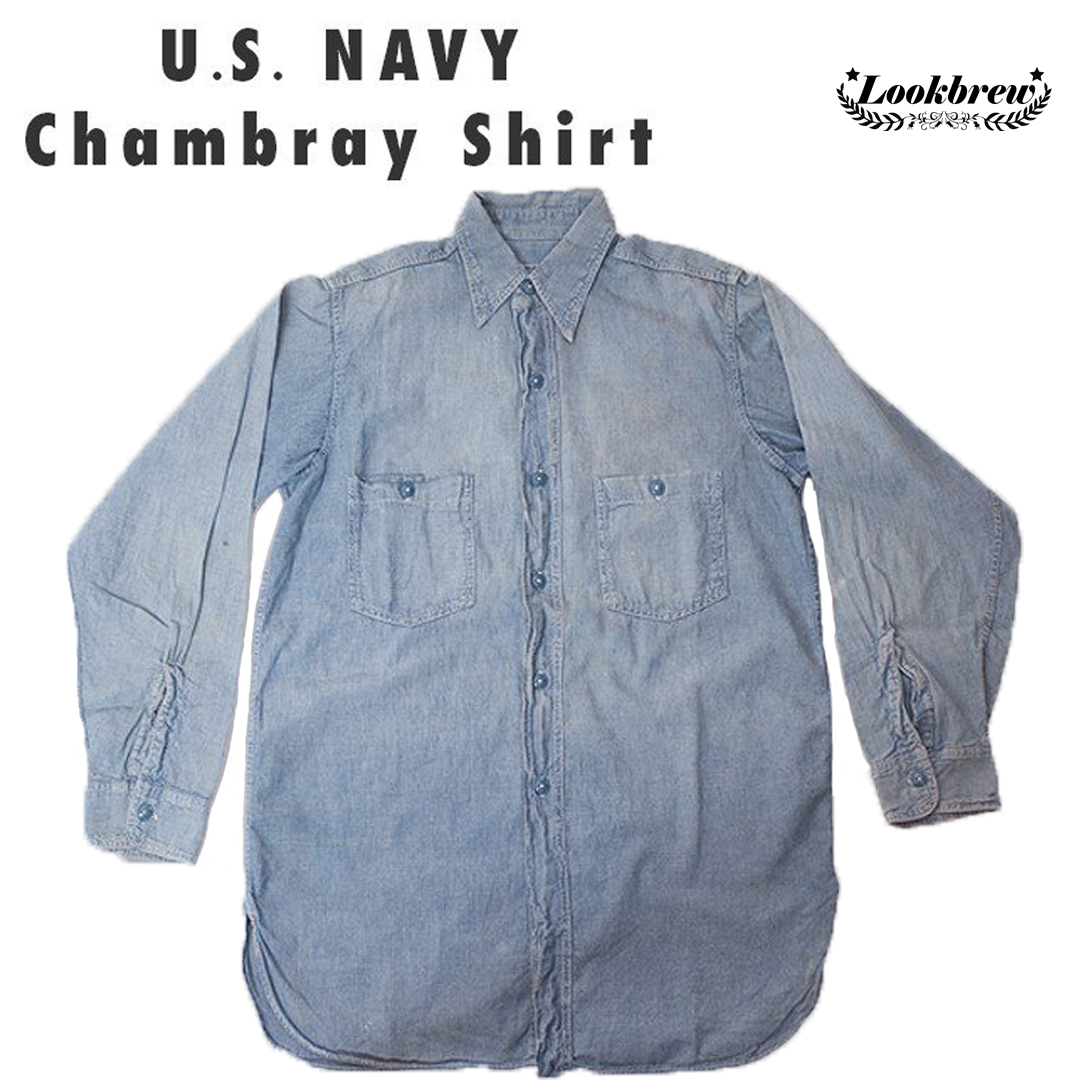 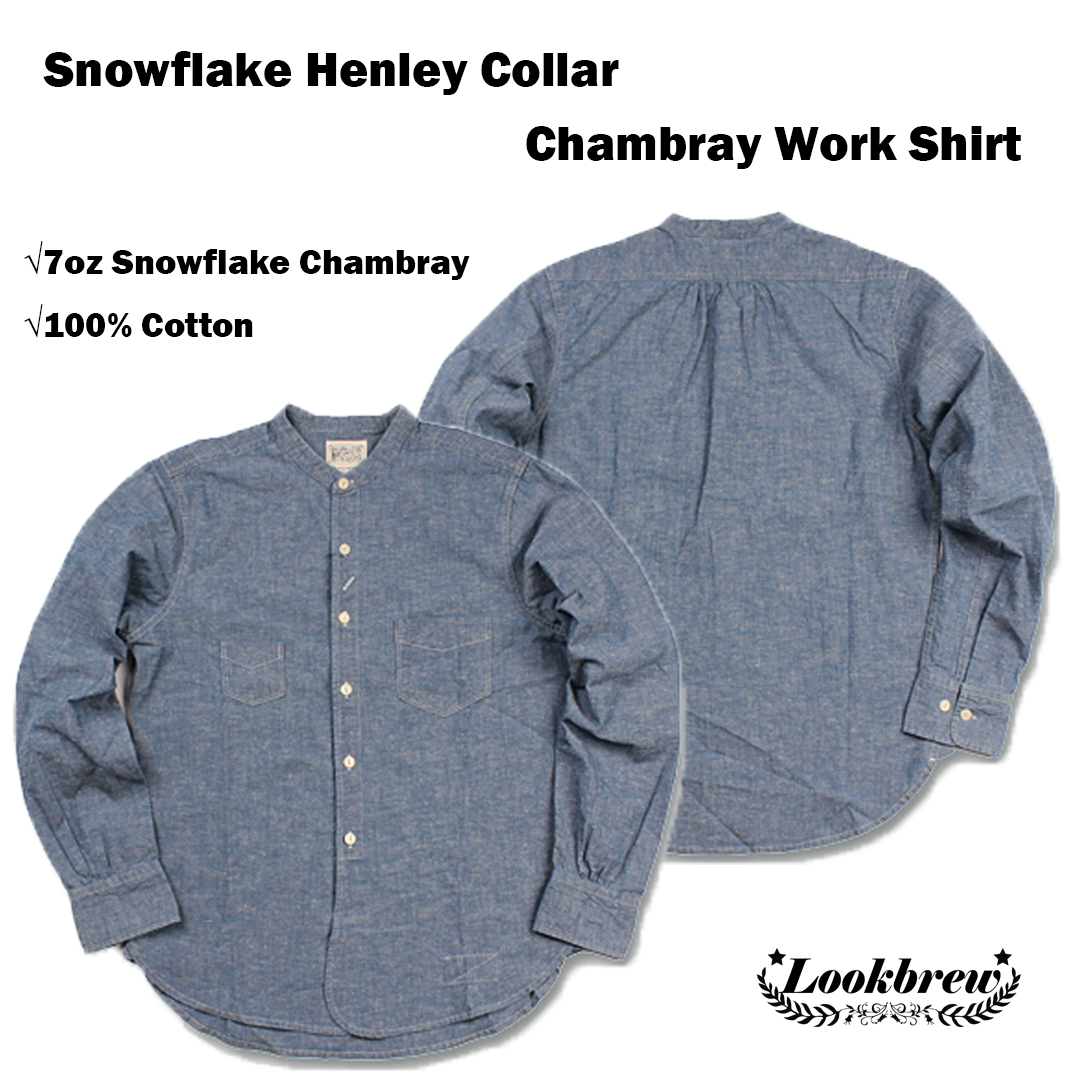 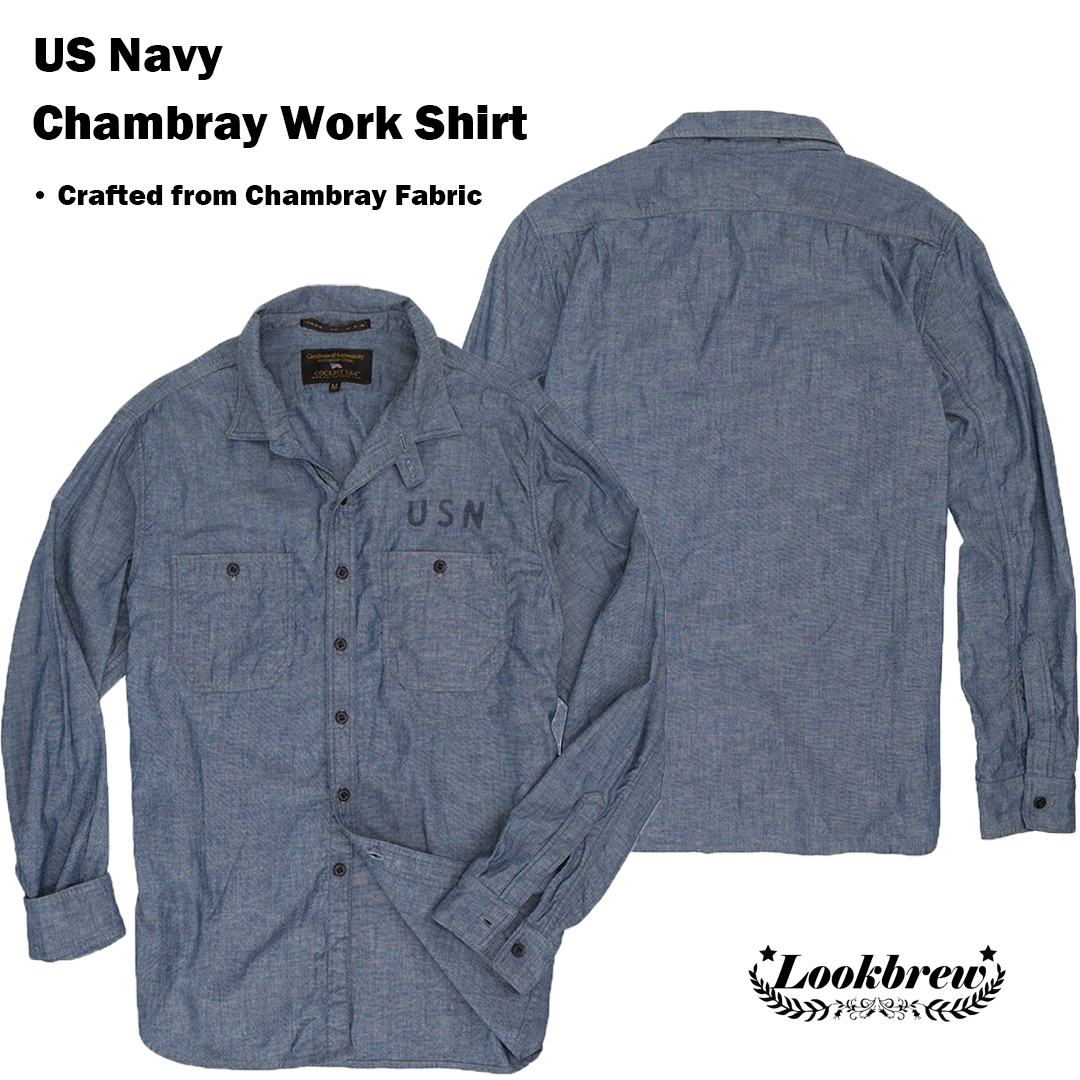 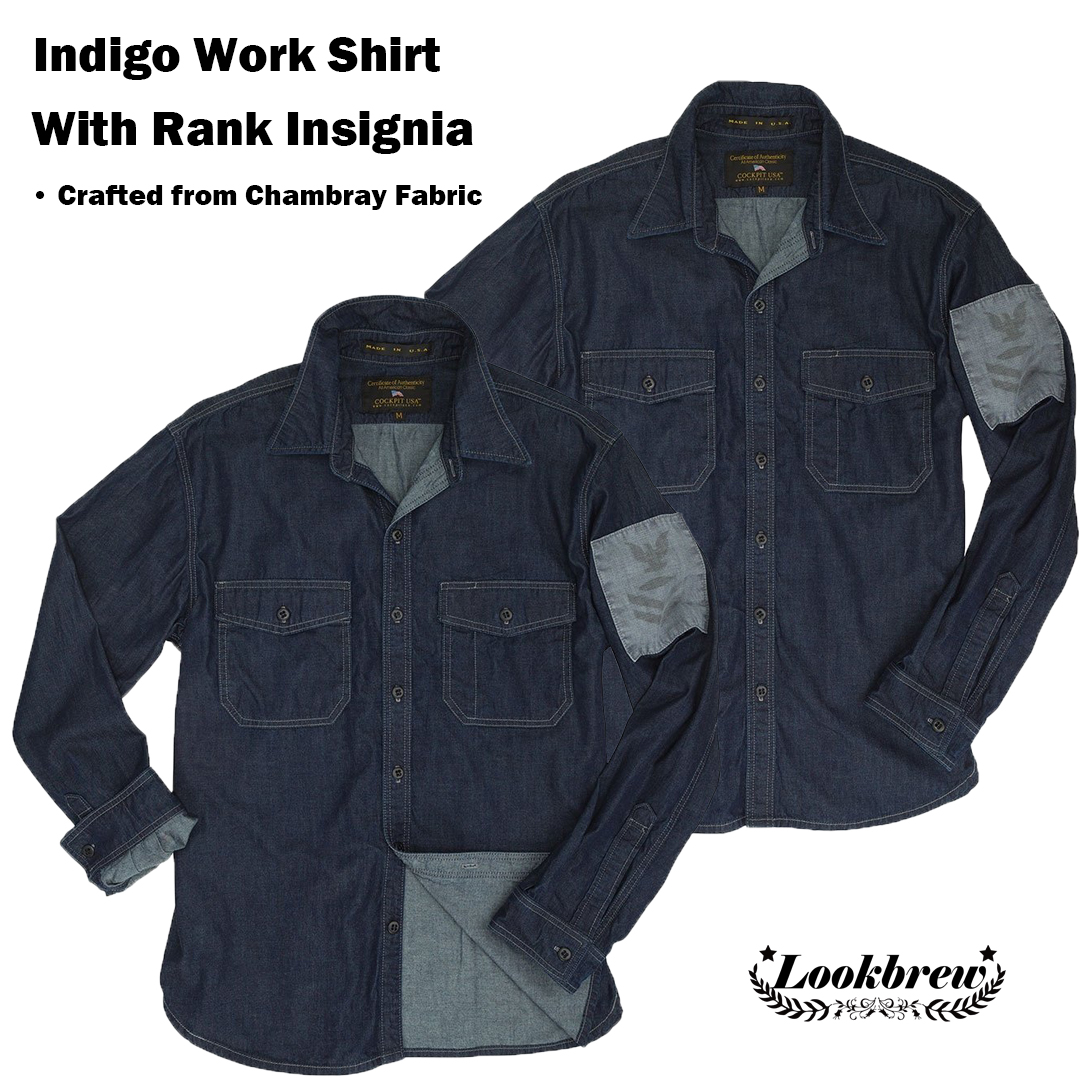 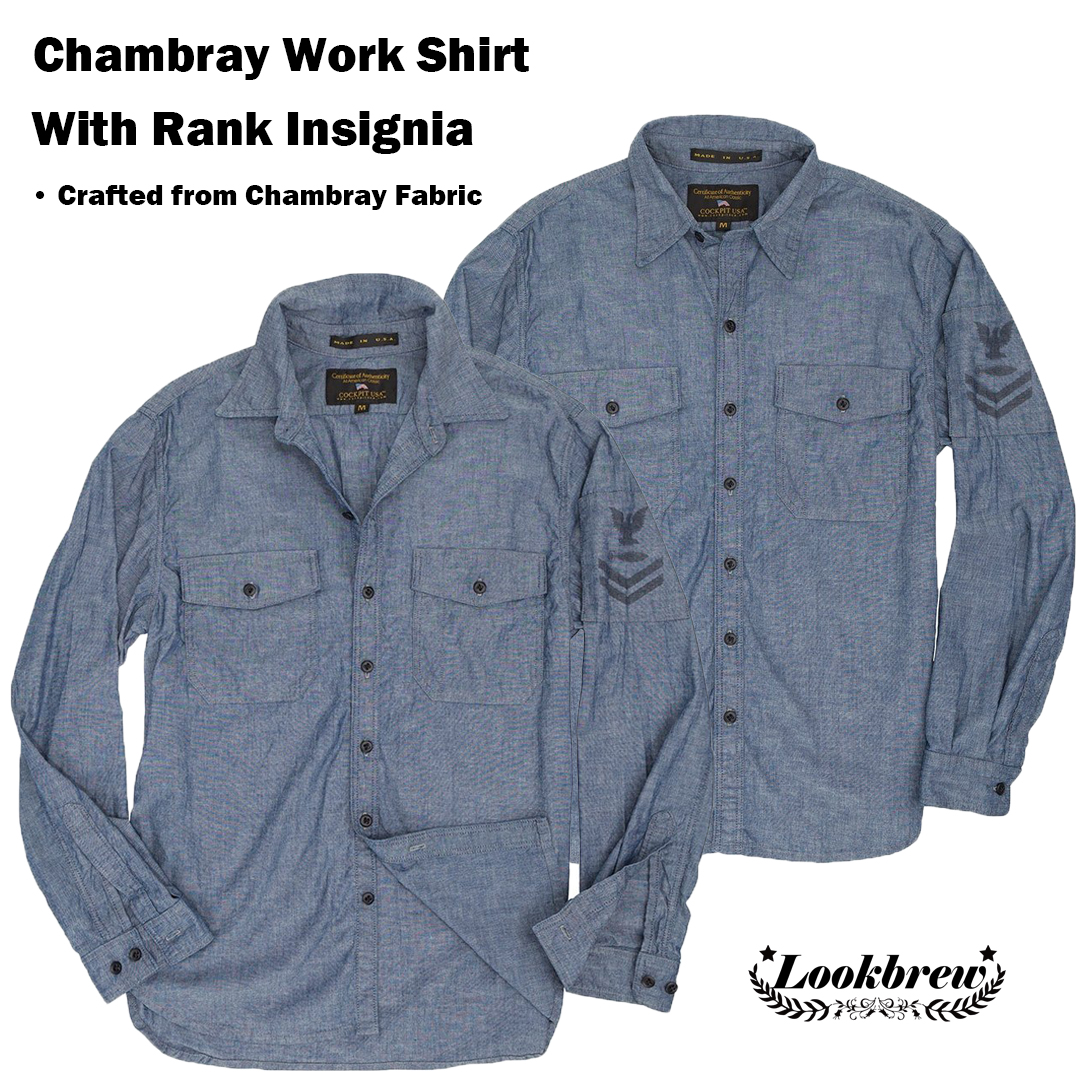